Entrepreneur Lazar Vuković let loose a media stampede in Serbia when he brought over Boycie from popular sit-com Only Fools and Horses.

What one thing did Serbs in Britain and the entire population of Yugoslavia had in common during the 80s?

It’s an answer which will bring a smile to all our faces – an enduring love for the BBC’s Only Fools and Horses.

A few months ago Lazar Vuković met with John Challis who plays one of the show’s best loved characters, used car salesman Boycie. He shared his idea. What if they make a documentary about Serbia’s love for Only Fools and Horses ? And what if Boycie ‘discovers’ Belgrade?

John Challis with fans in Belgrade with Lazar (left)

John’s an avid historian, he loves to learn and discover. So I thought why don’t we create a documentary ‘Boycie in Belgrade’? He agreed and the rest is history.

So if you’ve seen a Bojsi / Mućki story in the past two weeks, it’s all down to the making of Boycie in Belgrade. In fact, you’ll find headlines in Blic, N1, 021, Telegraf, RTS, Informer, Vesti, Alo, Naslovi, Hello, Srbija Danas, BBC, B92, Time, Pink, Mondo, Espreso, Kurir …you get the picture.

Boycie makes a cameo appearance in the latest episode of Državni posao (The State Job) one of the most popular comedy programmes on Serbian TV.  In this episode, Đorđe Čvarkov is on the hunt for a motor and hears of one going cheap whose only fault is that the steering is on the wrong side… I’ll leave you to guess the motor and the salesman.

Whilst in Belgrade, Challis had special access to sites not normally accessible to others. 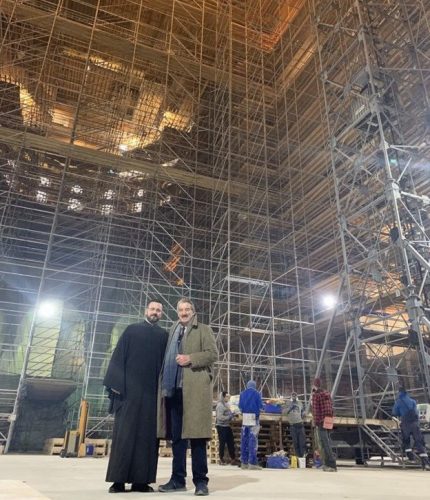 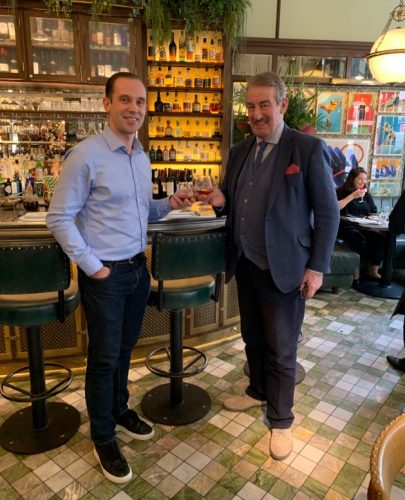 In Belgrade, he would also attend a very special brandy tasting session (Sokolova Rakija). Fans might remember Del Boy doing a deal on 24 litres of Yugoslav Riesling in his garage.

Lazar said that wherever John went, people were warm and welcoming. “They really embraced him”, he said.

I asked Lazar why would a British programme about chancers, scammers and dreamers in Peckham resonate so strongly in Serbia. He has his own theory:

As the sanctions hit Yugoslavia a lot of people were almost forced to become ‘entrepreneurs/traders’. There’s always something going on, a deal to be done, money to be made in Only Fools and Horses. Which was the case in the 90s…

Lazar says he is proud the documentary shows Serbia in a positive light and deals with topics such as humour as a universal language. It should be ready for release by September.

This website uses cookies to improve your experience while you navigate through the website. Out of these cookies, the cookies that are categorized as necessary are stored on your browser as they are essential for the working of basic functionalities of the website. We also use third-party cookies that help us analyze and understand how you use this website. These cookies will be stored in your browser only with your consent. You also have the option to opt-out of these cookies. But opting out of some of these cookies may have an effect on your browsing experience.
Necessary Always Enabled
Necessary cookies are absolutely essential for the website to function properly. This category only includes cookies that ensures basic functionalities and security features of the website. These cookies do not store any personal information.
Non-necessary
Any cookies that may not be particularly necessary for the website to function and is used specifically to collect user personal data via analytics, ads, other embedded contents are termed as non-necessary cookies. It is mandatory to procure user consent prior to running these cookies on your website.
SAVE & ACCEPT